Elections and the stock market

There is little doubt that the elections are getting a lot of media attention. There is also little doubt that this is a unique election. I have yet to have a conversation with someone that is overly enthusiastic about one candidate or the other and various polls seem to confirm this. A recent USA today poll said that 61% of those surveyed report feeling alarmed about the election.

Even with the lack of enthusiasm over a strong candidate to move this country forward, there is some good news when it comes to investing. Historically speaking, the election itself and the party in power has had little to do with stock market returns. Oppenheimer funds Chief Economist, Jerry Webman, Ph.D., CFA, recently put together a great piece about the upcoming election, which you can access . He highlights six truths that won’t be affected by the election’s outcome.

Gridlock doesn’t mean nothing gets done.

Changes in Washington don’t typically happen all at once but in increments.

Consumers and businesses have a far greater impact on the economy than government.

The state of the economy influences who is President, not vice versa.

The stock market doesn’t care if the public is happy with who’s President.

Jerry goes on to forecast a couple of items (admitting that is a difficult chore) and outline some issues that could be affected by the election’s outcome. Overall, I agree with his conclusion that it’s probably best not to let your reaction to who wins shape your investment decisions. 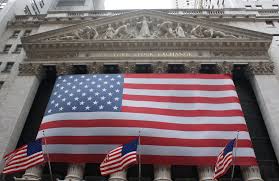