The US market rallied and was up over 7% in the 3rd quarter. International stocks were slightly positive while emerging markets were slightly negative. Bonds saw little change both domestically and internationally. Of note, on August 22nd we officially entered into the longest bull market (period of time without at least a 20% drop) in history, now over 9.5 years long. The US has far and away been the best performing market during this time.

Planning note: Now that we’re in the longest bull market in history many people are asking, “how should I invest now?”. My simple answer: stick with your strategy (assuming you have one). Why? Because I’ve been hearing this question since the DOW started hitting market highs in 2013, and the DOW has set new highs every year since. At some point we will have a correction, maybe even a big one, as we know markets go through cycles. However, knowing the market goes through cycles is different than knowing when the cycle will change. Don’t take my word for it, Warren Buffett (third wealthiest person in the world and a guy who’s proven to be a decent investor) has said the following:

I’ve found that many of the people asking this question do so because they don’t have an investment strategy, at least not one they are convinced is the best way to get them to their financial goals. If this is you, I’d be happy to talk with you about developing a better strategy. 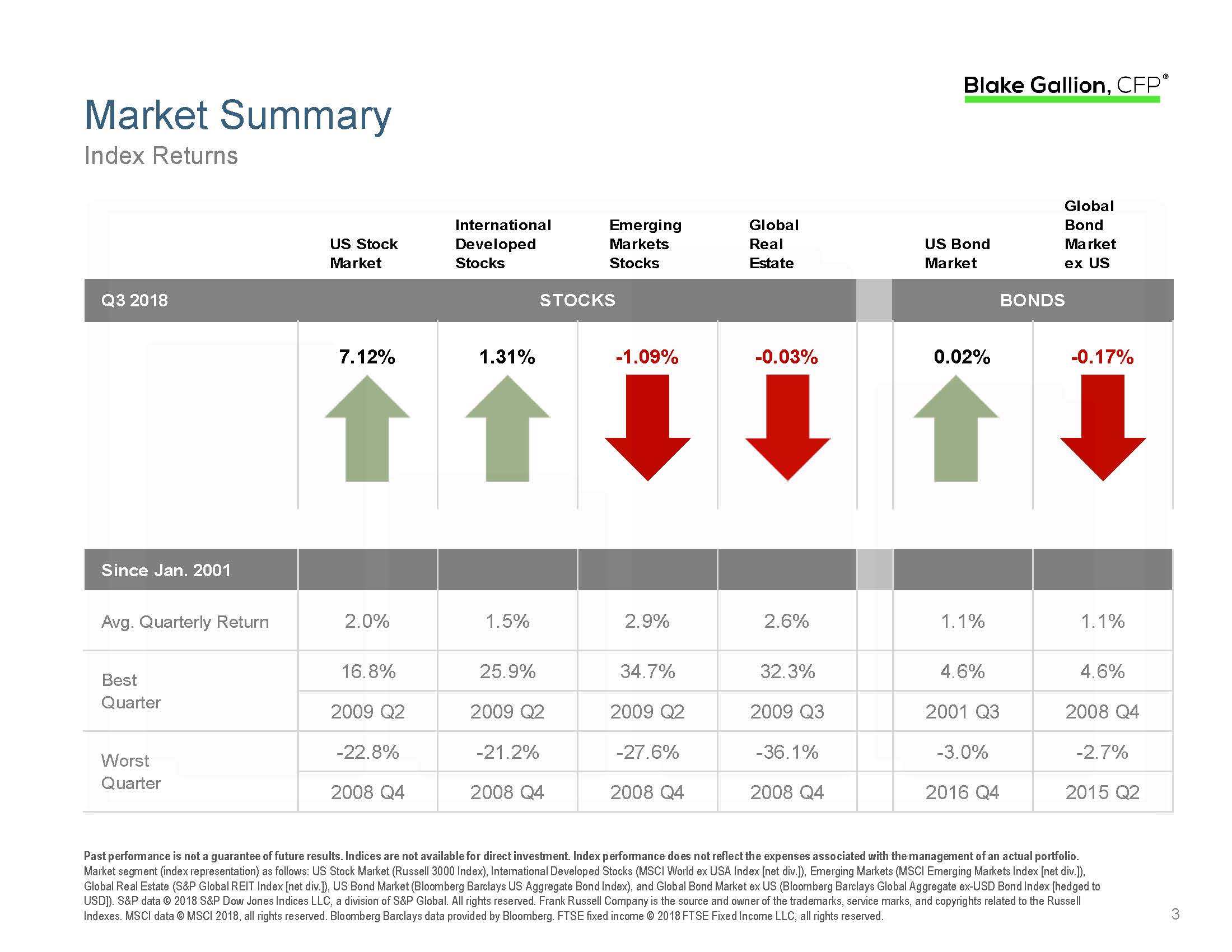