What is going on??? - Gamestop

A relatively small public company called Gamestop, grabbed a lot of headline news this last week. It’s a very interesting situation and I want to provide an overview of what has happened and my brief thoughts.

Gamestop (ticker symbol GME), who is generally viewed as a struggling retailer selling video game consoles and games, had their stock go from around $20/share in mid-January to over $300/share (hitting almost $400 at one point) at the end of the month. This amazing price jump is credited to an online forum on the website Reddit, called r/wallstreetbets. Many people, largely assumed to be a bunch of small retail investors (though institutional investors likely jumped in) collectively started buying GME thinking they could move the stock price higher, which they did. A major reason this stock was selected is because it had a lot of short positions on it. By buying this stock with many short positions, they knew those positions would have to be covered at some point, so it was also viewed as a way to stick it to Wall Street and hedge funds and beat them at their own game.

What does it mean to short a stock?

To short a stock means you are betting the price will go down. Essentially it works by borrowing the stock and selling it, with the assumption you can buy it back in the future at a lower price and return the borrowed shares. A simplified example would be if you borrow stock and sell it at $20, then buy it back down the road at $10 and return the borrowed shares and pocket the price difference. Obviously, this is a risky strategy because at some point you have to return the borrowed shares, so if the price goes up you can lose when you are forced to return the stock, called a short squeeze. Hedge funds are known for using these types of strategies, and several were known to have some large short positions in GME. For instance, Citron Research said they shorted the stock at $40 and covered that position by buying it back at $90 for more than a 100% loss. It is said that about $20B has been lost from short positions in GME.  This, on a company that was valued in total at just over $1B in mid-January, but recently over $20B.

What is the impact?

For most people, essentially nothing. GME was a small company, not widely owned or popular. For those who jumped in early enough they may have seemingly won the lottery, for others, losses are very likely. The bigger issue to me is that this has grabbed the attention of all major brokerage firms and the Securities and Exchange Commission. The SEC is responsible for protecting investors and ensuring markets are fair and honest. There is almost no doubt they will be investigating this situation (and other similar ones that have popped up, such as with AMC stock). This situation seems to have brought to light a new challenge with regulating consumers in this age of rapid information and trading tools at our fingertips. Many brokerage firms, including Charles Schwab, TD Ameritrade, Robinhood (the trading app that many of these GME buyers are often said to use), and others took matters into their own hands, limiting certain types of trades in these stocks. Will anyone get in trouble or be held accountable for what has happened? I don’t know, but I do believe we are likely to see further oversite and regulation at some point.

What are my thoughts?

I believe GME is a house of cards, some will profit handsomely but many more will end up losing money. This open letter on MarketWatch is a wise warning. I do not believe this presents a systemic issue to the overall markets at this point. This manipulation of a stock was able to be done on a small company, again, worth just over $1B in mid-January, compared to a US market worth over $50T. The situation has been very interesting to watch and seems to have revealed a chink in the armor. Overall, I believe markets remain generally efficient, though never perfectly efficient. This was brought on by human behavior and is gambling, not rational investing (there is no way you can justify the current value of GME from a fundamental standpoint). Markets, or certain areas of markets, can function irrationally at times (look at the internet bubble in 2000-01), but the long-term trend is much more rational. 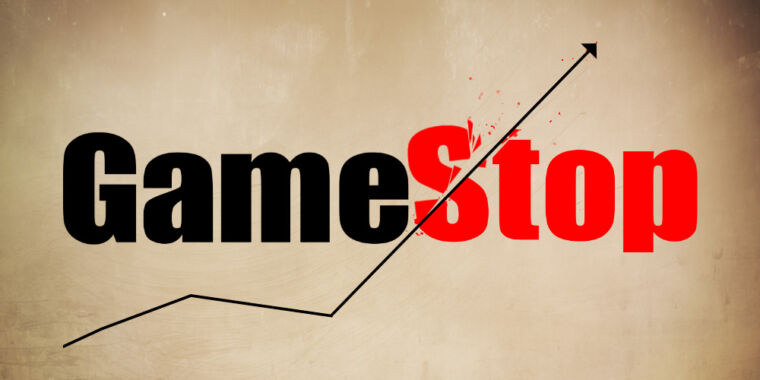